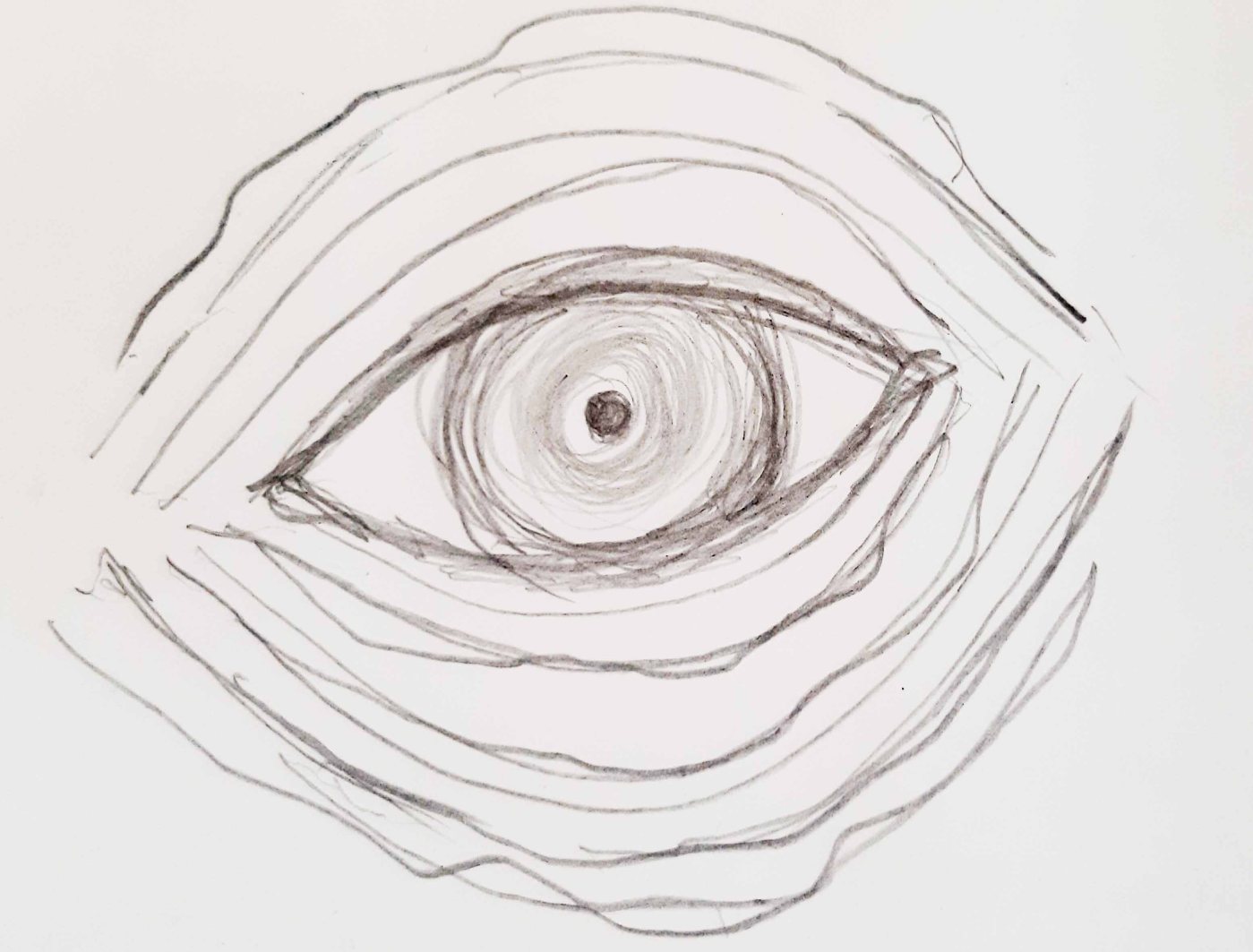 I have heard many times through many Masters that sharing one’s spiritual experiences is not beneficial to one’s growth. But in this age of facebook and Instagram where sharing is a popular culture, I often get confused regarding what should be shared and what should not. In addition to that, I am a painter. I paint spiritual concepts. Am I then not sharing my experiences through my artworks? And where are we to draw the line between what is “spiritual” and what is “sensory”? What if a sensory experience turns out to be spiritual? Since I myself am in a stage trying to find these answers, I have decided to take the risk and share a very interesting experience I had with an elephant. I thought it would be apt on this day Ganesh Chaturthi.

We went on a vacation to Karnataka and visiting Kabini forest was one of the most fascinating experiences. Not long after we entered the forest, we saw an elephant. She was eating the leaves of a plant. Her movement was so graceful. So slowly she was holding the branch in her trunk and putting the leaves in her mouth and munching them.

As I observed her, a rush I carried from my day-to-day life also started to settle. It felt as if there was no need to quicken anything. Every moment was to be given its own due respect. Every moment on its own was eternal and infinite and full of experience. While observing her, unknowingly I also became tuned to her pace. And at that moment like a gushing river engulfing the bank and flooding it, an uncontrollable feeling of love filled my entire heart. That feeling was so enormous that it was breaking all boundaries and spilling over. I wanted to open the gate of the jeep and walk towards the elephant and embrace her. At that moment, I told myself, “Don’t be foolish. This is a forest and she is a wild elephant.” It was difficult for me to make myself realise that this feeling I have all over my heart may not even be mutual. What if I went close to her and I realised she felt threatened – either attacked me to defend herself or felt disturbed and ran away? It would be heartbreaking to realise that such an immense emotion that arose in my heart was not even potent enough to evoke the same in the one that I love.

But amongst all the conflicting voices within me, I decided to listen to the voice of my common sense and commanded my feet to be stuck to the base of the jeep and not move anywhere. As I stood still with all my might, I realised that my physical body listened to my commandment and turned steady and stable like a rock but my energy body separated at that point. There was a strong pull coming from the direction of the elephant and my energy body responded to that and started to move towards her.

I stood still and that steadiness made me more meditative and observant towards the subtle feelings that arose in the energy body. My heart was being circled with a tunnel-like energy sent by her. It was that energy which created a feeling of “pull”. Just like a child holds our arm and pulls us in a direction, the elephant was doing the same but without any physical contact. At that moment I saw the eye of that elephant and everything in this world almost disappeared around me. It was only the eye which remained. It was large and full of love and so hypnotic. As I kept looking at her eye I felt that she circled my heart with her tunnel of energy and conveyed to me that she loved me too. There was no physical gesture, no verbal communication and yet I felt it so clearly.

Then the jeep began to move and I felt so privileged to have been loved by an elephant. In the middle of the forest I had found a friend.

After I came back from the trip I tried to study a bit about how elephants communicate. They send infrasound to each other which we humans cannot hear. However, any sound is a vibration and can be felt. We are often not sensitive to that vibration because our senses keep us occupied in our physical body. With more practice of meditation and control over senses one can become sensitive to the energy body. This body easily reacts to the energy exchange with other beings. There are five sheaths that make up our body and each one provides a realm with unique experience that reveals the nature of that sheath.

A few months later, I purchased the book Dolphin Connection by Joan Ocean. When I read about her first encounter with a whale I was taken by surprise. She has narrated almost the same experience I had with the elephant.

On this day of Ganesh Chaturthi, I remember my elephant-friend who has taught me to love. She had broken all the boundaries I had created for my safety – out of the fear of being hurt, of being judged, of suiting the need to be socially aligned. She has taught me that stability and love can happen together and in fact when we have more command over ourselves and are more steady and stable it becomes easier to free the energy.